Communicate Across or Within Your Jurisdiction

While Federal and State governments have implemented their own geographic communication services, these are generally limited to emergency alerts, Amber Alerts, and weather warnings. They provide critical, timely, and broadly-relevant information, but they are generally reserved for life-and-death situations.

Yet these incidents are rare, and alerts are deployed across vast geographies and populations, and are rarely targeted more acutely than the county or municipal level.

Voyent Alert! gives you the power to laser-target specific areas and populations within your jurisdiction not only with emergency information, but also with timely, relevant and vital communications about incidents that may impact their daily lives. 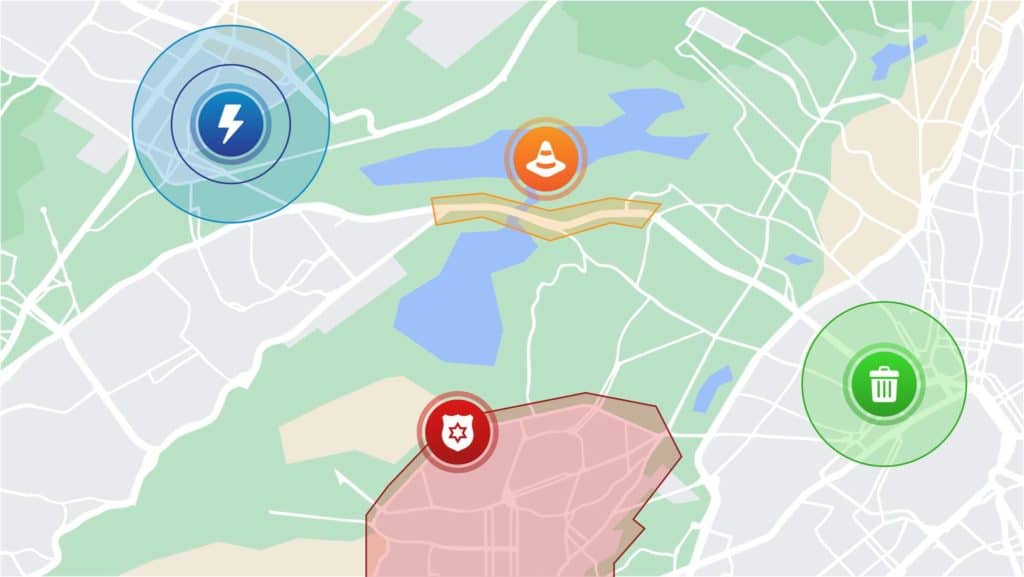 Voyent Alert! accomplishes this through its enhanced geofencing system. During the registration process and at any time after, citizens can add map pins for their most common locations. This can be their home, children’s school, places of work, or even their family and friends.

If an incident arises in an area of your jurisdiction in which citizens have placed these map pins, any alert that you create will be immediately distributed to them and only them. Using the advanced map definition feature, you can not only specify which areas are of immediate concern, but, as in the case of a tornado evacuation order, set thresholds that extend outward from the location of the tornado.

For example, citizens within five miles could be placed under an “evacuate immediately” alert, while those between five and fifteen miles could be sent a different alert advising them to prepare to evacuate.

In the above example, those outside of the alert radius can either be sent a message to make them aware or the incident, or a warning alert can be triggered when their mobile device enters the alert zone.

Traditional communication systems are limited to broadcast (like the Emergency Alert network), text messages and on-screen cell phone notifications, and text-to-speech methods that directly call affected citizens on their landlines or cell phones.

But with Voyent Alert!, you can augment these alerts with enriched media that provides more complete and effective dissemination of relevant information. You can attach photos and maps of an affected area, marking critical locations and routes. Or in the case of legally-mandated messaging, such as fire bans or even the start and end of hunting and fishing seasons, you can include these orders as documents attached to the alert. 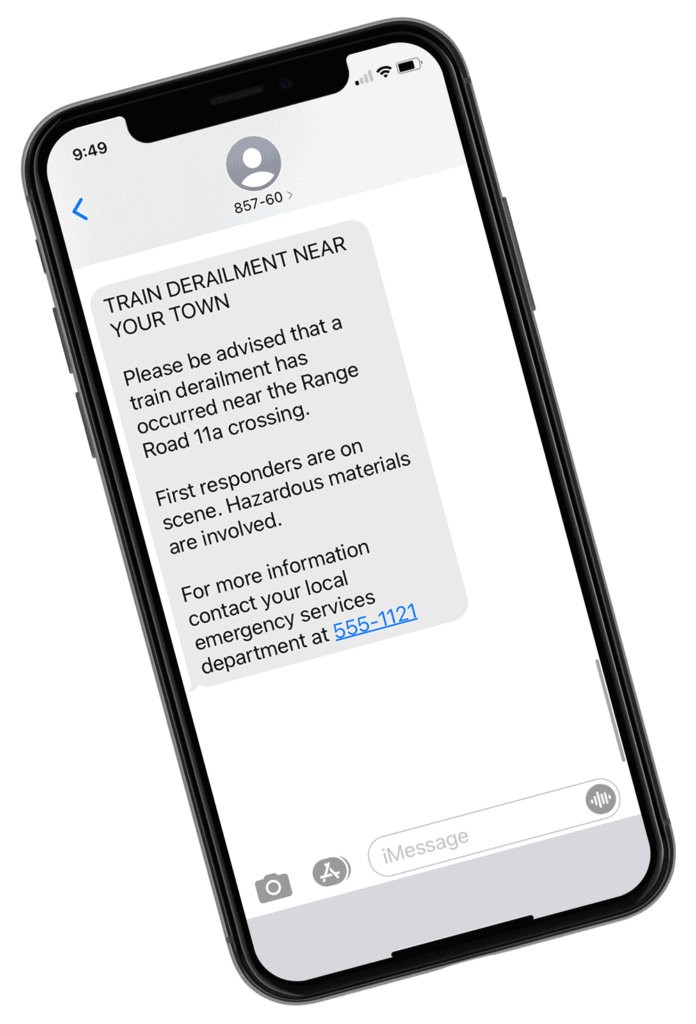 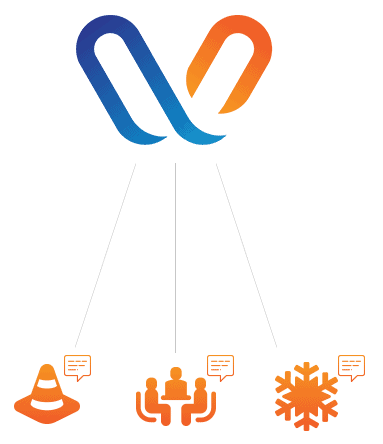 Voyent Alert! allows for as large or as granular of a user base definition as you need. Create alert groups for entire Departments, such as Fire or Parks & Recreation, or create subsets that are based on specific projects. Each user group subset can have its own alert branding, and pre-built or customized alert templates can be created for each group.

Our user-friendly user management interface lets you quickly and easily create and manage these groups. It allows you to define role-based access to manage the creation, dissemination and administration of alerts, giving some users access to the entire suite of messaging, while limiting others to only day-to-day communications or emergency alerts.

All of this is part of how Voyent Alert! provides the most comprehensive suite of timesaving features out of any product on the market.

The types of alerts you can send are limited only by your imagination. You can engage your community by using Voyent Alert! to easily send announcements for upcoming elections, town meetings, festivals, markets, parades, sporting events and more.
Voyent in Action

Stay Up To Date

Sign up for our newsletter to receive instant updates on the latest Voyent Alert! news.

We noticed you are coming from Canada

Would you like to visit the Canadian site instead?

Go to Canadian Site
No Thanks